Convention season is upon us again and so is the most exciting and busiest time for a miniature painter. Apologies for not posting more regularly lately. I’m in a race against time to see how many figures can be completed before Origins and Gencon. So any spare second I have I’ve been painting. But I will try to post weekly at least. There probably won’t be any board game miniature posts until after GenCon but I’m excited to show off what I’ve been working on instead. First off is Rockets Revenge from Knight Models. 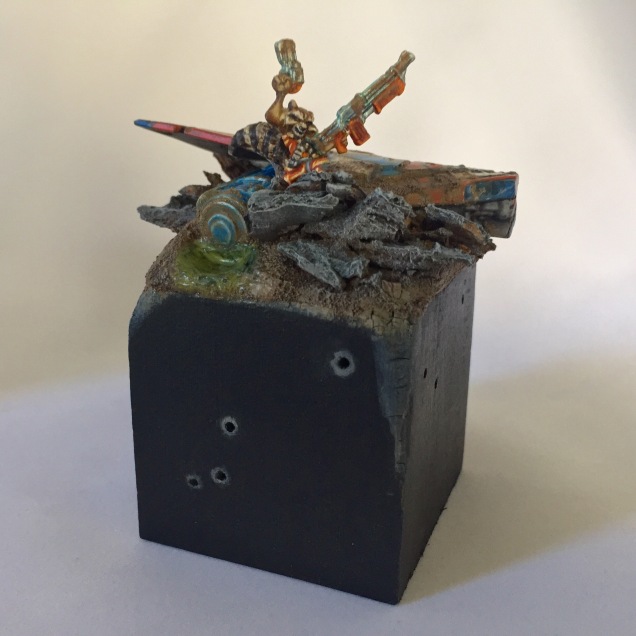 This picture has trouble conveying how tiny these miniatures are. At 34mm Rocket is barely as large as my finger making him one of the most challenging miniatures I’ve painted. 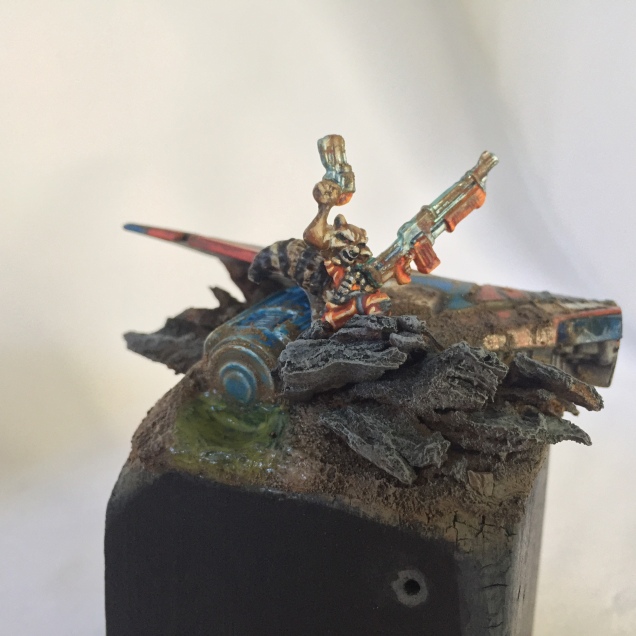 The base was made using a cheap Gaurdians of the Galaxy toy and sawing the wings off. Then using the plastic bits left over to create the engine. The rocks come from the bark of a very cool breed of pine tree that grows here and makes excellent looking stones. The base has also been burnt to create the scorch marks and bullet  holes. 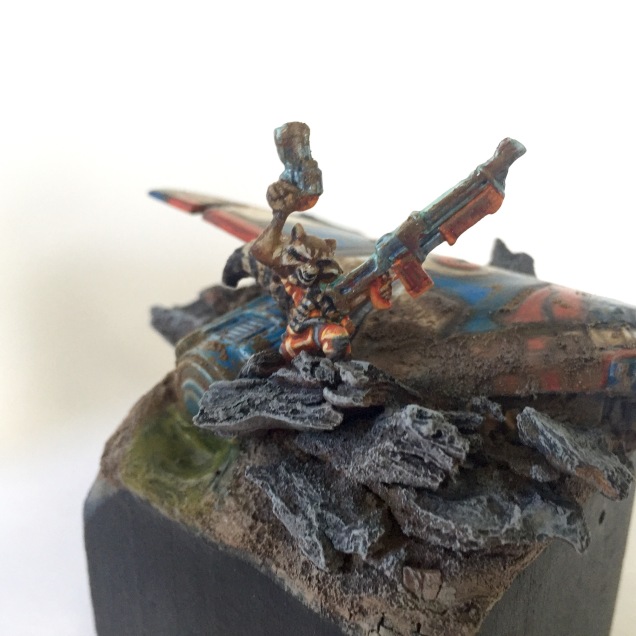 Originally I had wanted to have Rocket stand on top of the ship rubble. But Knight Miniatures uses an extremely soft metal that bends and breaks easily. Trying to remove Rocket from his base damaged him so improvisation was needed. Even though at the time it seemed devastating, it’s a good lesson to learn. Whenever possible I will now try to work the base into the piece as a whole. Or at least cut off the base first before spending hours painting. 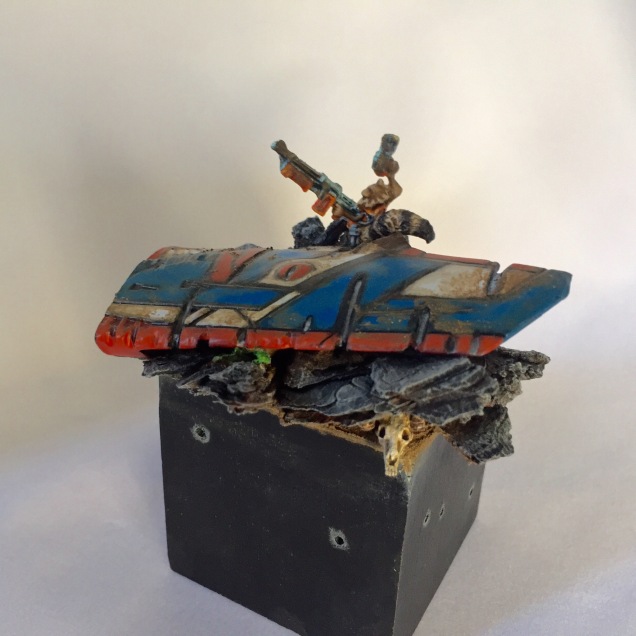 A Dremel helped in scouring the plastic toy creating a damaged look. Just make sure you wear protective glasses. 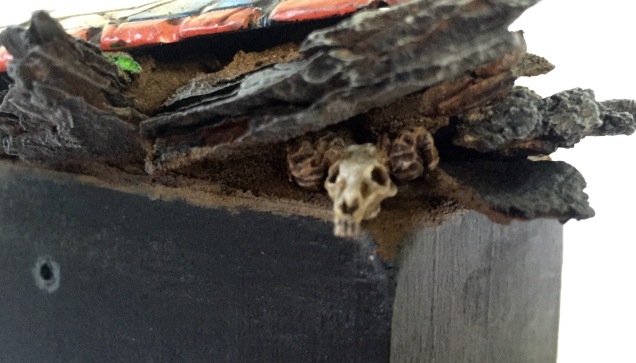 Then just some tiny details to fill out the scene like this skull and a tiny alien pod crushed under the wing.

As Knight Model’s new Marvel Miniature Game takes off I’m excited to what creativity others bring. And as new heros are constantly released there should be many more exciting things down the road for us all.

To check out the Marvel Miniatures game click here